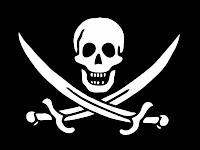 In a recent report published by the International Maritime Bureau it was announced that there was a 54% drop in global piracy during the first half of 2012.  One of the key contributors to this welcome development was the fall in both Somali hijackings and attacks.  There are many factors which have led to this, two of which were the work of military forces in the region and self-protection measures taken by commercial shipping

“We currently see a tactical and reversible success. It is of utmost importance that pressure on Somali pirates and their business model is maintained and even increased as the strategic context, the situation in Somalia allowing for pirates to act, has not yet changed” said Deputy Operation Commander Rear Admiral Gualtiero Mattesi, “International Navies and all merchant vessels transiting the High Risk Area, need to remain vigilant and uphold their respective responsibilities to support the fight against piracy.”

By joining forces, counter piracy efforts are more effective and can achieve more than any one ship, navy, organisation or country working alone.  Even with all this military presence, the efforts of our naval forces cannot guarantee safety in the region.  It is for this reason that CTF 151, NATO and the EU remind all ship-owners, operators and managers to continue to educate and train their mariners in both the threat and how to mitigate it.

The booklet Best Management Practices version 4 (BMP4) provides useful updates for masters in implementing protection measures to deter piracy. It is based on lessons learned from ships’ masters and can be downloaded from the NATO Shipping Centre and EU NAVOR/Maritime Security Centre – Horn of Africa websites (www.shipping.nato.int, www.mschoa.org) where you can find information about the latest pirate eattacks and where they occurred.

Working together the military and the maritime industry is having a positive effect in frustrating the efforts of pirates.  Despite the recent encouraging news now is not the time to lessen the efforts of all stakeholders in this area.